Showing posts from April, 2010
Show All

www.karpov2010.org “A Champion For Change”? We probably still remember very well Obama’s promise of “Change We Can Believe In” and the less than satisfactory outcomes to the American people. But I do think in this case it is “Change That FIDE Needs!” and the fact that so few in Asia care is indicative how irrelevant FIDE has become to us outside of the rating system (a big burden in the increasing fees that have to be paid and the rating ceiling dropping ever further), the outrageous entry fees together with forced and inflated hotel charges imposed by organisers if participation in youth events are desired (what happened to getting sponsors?), awarding of various international titles, and of course for a smaller number, the chance to play at events such as the Olympiad every two years and the various World Championship cycle qualifiers.
Post a Comment
Read more

The Thailand Open is being held at the Century Park Hotel in Bangkok from 14-20 April (during the Songkran holidays). Some 108 players made it amongst which are 4 GMs, 1 WGM, 12 IMs and 1 WIM.  See Bangkok Chess Club website www.bangkokchess.com and  http://www.chess-results.com/tnr32758.aspx?lan=1 for updates.
Post a Comment
Read more 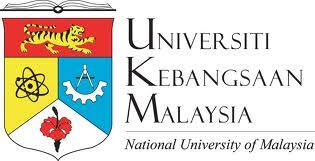 Yesterday saw the end of the KL Open and tomorrow will be the start of the KL Masters, thankfully organised for the KLCA by UKM. But I will still not risk going to Bangkok for the Thailand Open - not because of any risk to life and limb - but because the UKM KL Masters is a part of the Masterskill KL Chess Festival and that is my responsibility. So my recovery from a month of no more than 3 hours night sleep every night will instead have to be regular sleeping hours at home in the next few days! Results, pairing, etc. can be found at http://www.chess-results.com/tnr32719.aspx?lan=1
Post a Comment
Read more

Hou Yifan was a very popular and most convincing winner of the 3rd KL Open 2010, the 16 year old grandmaster from China having already been crowned champion one round before the end. See video of closing and prize giving ceremony by clicking here . All reports are at the tournament website ww.klchess.com/klopen/ and the final standing can be found at chess-results . The organisers of the KL Open also would especially like to thank, amongst many others, our friends at www.europe-echecs, www.chess.co.uk/twic/, www.chessdom.com, and www.susanpolgar.blogspot.com for daily international coverage. Chessbase has also published a nice little final report summing up the KL Open at http://www.chessbase.com/newsdetail.asp?newsid=6252 .
Post a Comment
Read more 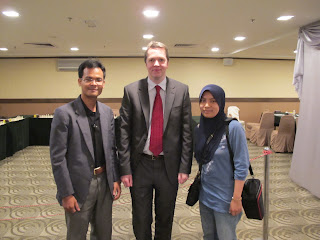 Abdul Haq got the only draw and here he poses together with his wife. Short is being consoled for only getting a 9.5-0.5 score. The final game is always one on one. Oops, I blundered a piece... The Chief Arbiter also plays chess? Just before the session gets underway... it takes a team to do this properly! Father and son. There are all sorts of physical handicaps and none actually matter in chess.
1 comment
Read more

Snapshots Of Some Quiet Moments Enjoyed Before The KL Open Started.

Hou Yifan with her mother enjoying Cherating… you may be surprised she is a durian fruit lover! Thomas Luther making a young chess player happy… you will probably not be too surprised at how much he loves local food.   Sure looks like KLCC to me… you will have guessed right that is indeed the Petronas Twin Towers?
Post a Comment
Read more
More posts