Showing posts from October, 2015
Show All

WYCC Malaysians After Round 5 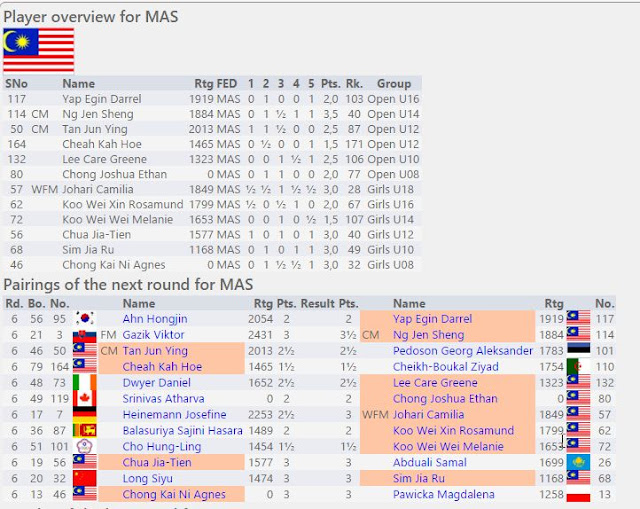 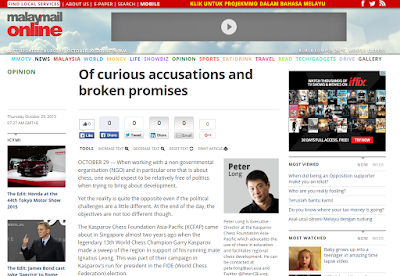 WYCC Malaysians After Round 4 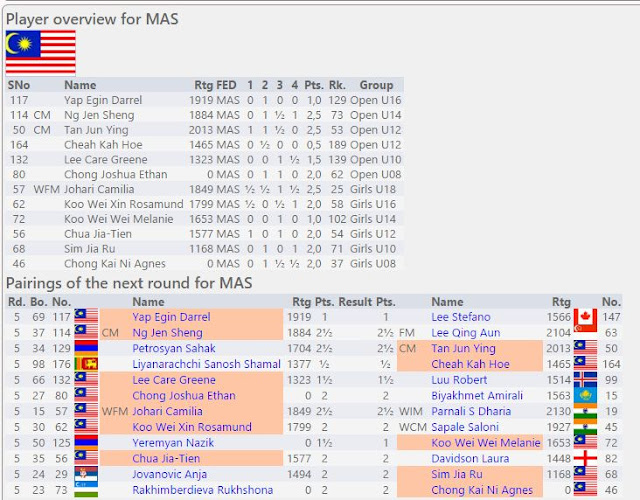 WYCC Malaysians After Round 3 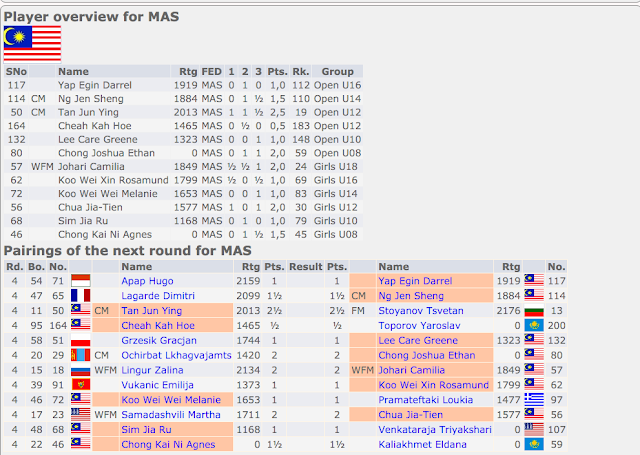 WYCC Malaysians After Round 2 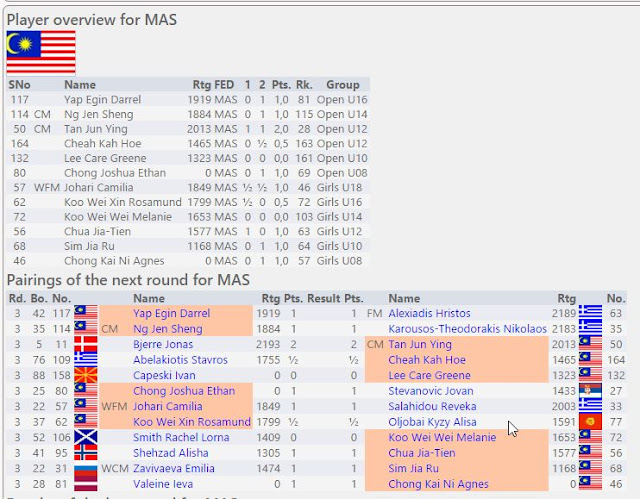 WYCC Malaysians After Round 1 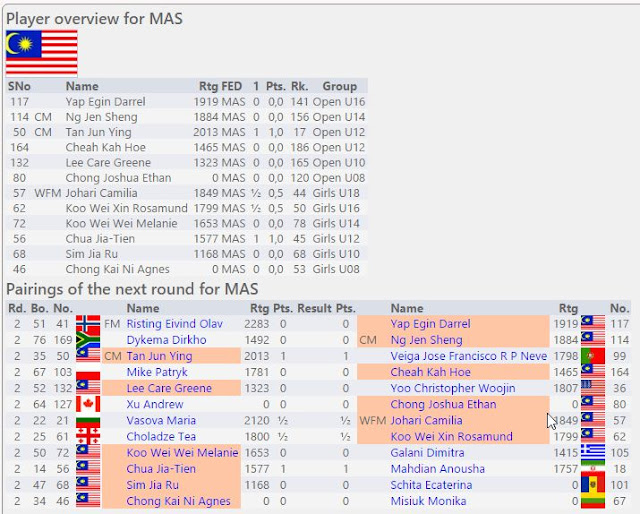 Malaysians at the World Youth Chess Championships in Greece 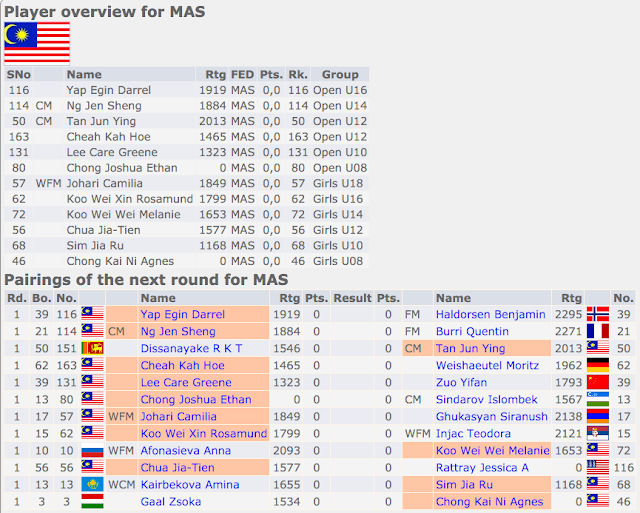 Once again we are being represented by many of the usual suspects - a large number almost travelling as "a gang" now - and some have even brought their trainers along. So many have played in the many other world, continental and regional youth events held earlier this year (don't they need to go to school?) and were almost all participating too in the recently concluded Malaysian Chess Festival while at least one I know of from Penang has played in a couple of International Opens. Based on initial ranking and earlier results not too much can be expected but then again given the large number of pay your own way participants typical of this event, the field will greatly vary in strength. As always, we will have a chance to create some upsets at the lower age group categories and who knows what the last round pairings could throw up?
Post a Comment
Read more 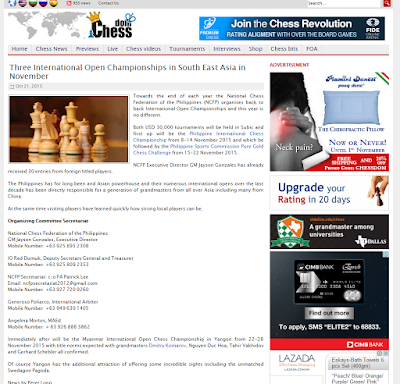 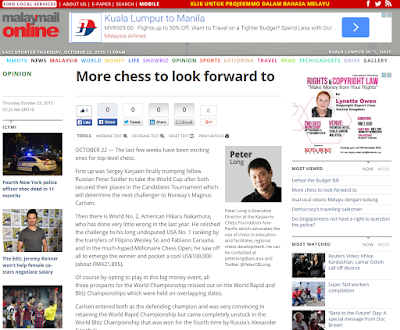 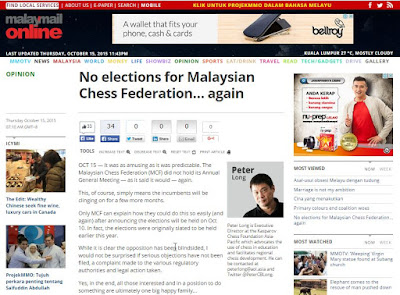 Big News and Some Changes at ASEAN Chess Confederation 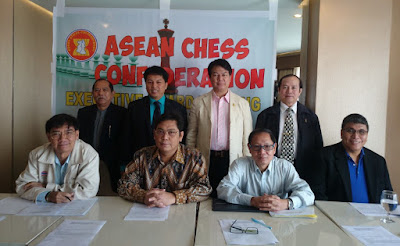 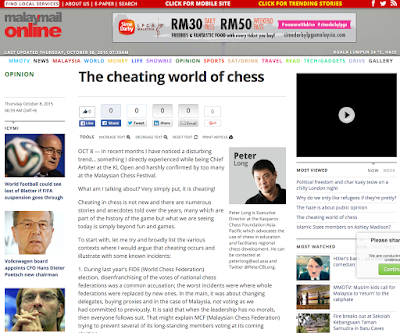 It's Amazing for Chess in Thailand 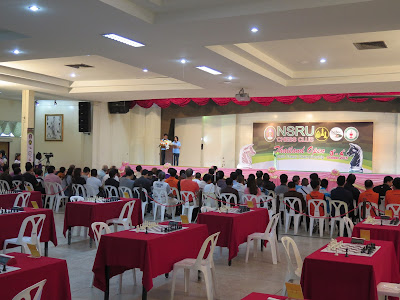 On the spur of the moment - and at very short notice - I decided to accept an invitation to go to Bangkok and visit a small tournament... except that it wasn't in Bangkok and it was a FIDE Rated Rapid tournament. Being picked up at the airport and then driving for four hours two provinces away to Nakhon Sawan was not what I was expecting (as pleasant as the company and journey was!) and along the way I realised I was going to have the privilege and honour of attending the inaugural Thailand Open Rapid Chess Championship. My report for Chessdom - do see:   http://www.chessdom.com/1st-thailand-open-rapid-chess-championship-2015/  - mostly says it all (I was impressed) but in case you don't wishy to click on the link and read on, let me share this photo of the playing hall above. Really superb conditions for the players! The media was first rate too with games video taped and displayed on screens. Hospitality? It's Thailand! So of course there were analysis an
Post a Comment
Read more 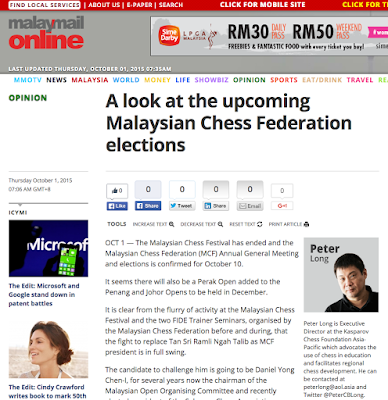