Showing posts from January, 2022
Show All

No Less than Five FIDE Trainer Seminars to be held in India!

The FIDE Trainers’ Commission (TRG) is pleased to announce an unprecedented five FIDE Trainer Seminars to be organised by the All India Chess Federation (AICF) in February and March 2022 India is widely seen to be a big part of the future of chess, and is already currently ranked in the top three in the world while being increasingly dominant in junior rankings, and the AICF with the support of the Government of India continues to invest heavily in development such as chess in schools, but also in capacity building, be it organisers, arbiters or trainers.  The FIDE Trainers Seminars will both train and certify local trainers to international standards, and four of India’s six FIDE Senior Trainers – Ramesh RB, Vishal Sareen, Chandra Sekhar Sahu, and Praveen Thipsay - all who have been instrumental in developing the generations of young players that has propelling them to the forefront of chess, will lead the seminars.  AICF has made a promise to bring chess to every corner of India and
Post a Comment
Read more 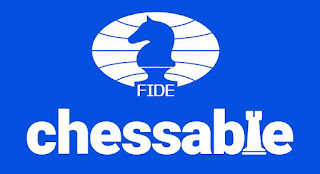 Dear National Chess Federations,   In 2021 Chessable, the world's leading chess E-learning platform, in partnership with FIDE, has launched  the FIDE Chessable Academy , aiming to support young talents worldwide and encourage them to succeed in chess. 250 most talented and promising young players between the ages of 8 to 16, representing 100 national federations, attended the program from July till December 2021, learning and improving their chess working with the strongest trainers.  The programme will resume in March 2022. National federations are asked either to confirm their previous nominations or to appoint new participants of the FIDE Chessable Academy by filling in this registration form and sending it to  chessable@fide.com  on or prior to  24 January 2022.      FIDE Chessable Academy Registration Form Currently we have received applications from the following federations: Africa   1 Zimbabwe 2  Mauritania 3 Gambia 4 Uganda 5 Nigeria 6 Zambia 7 Malawi Americas 1 Argentina
Post a Comment
Read more

1. The FIDE Trainer System 1.1. Seminars There was a total of 14 seminars, held in seven languages (English, Spanish, Arabic, Russian, German, Chinese and Norwegian), of which one was in Africa, two in Americas, five in Asia and six in Europe). TRG organized four directly online, FIDE academies six, and four was with Federations.  We plan to have at least 25 seminars in 2022, in nine languages, four in Africa, four in Americas, eight in Asia, and seven in Europe. Three special seminars are also proposed: all women, at the Olympiad, and for the disabled. 1.2. Workshops - Trainer Education & Development Trainers are encouraged to keep their skills relevant through participation in Professional Education & Development Workshops to be organised quarterly where credits will be awarded towards future licences and/or future title upgrades. This was included in our regulations effective 1 July 2021 after tests in 2020, and we will implement this fully in 2022 beginning with “Use of Tec
Post a Comment
Read more
More posts