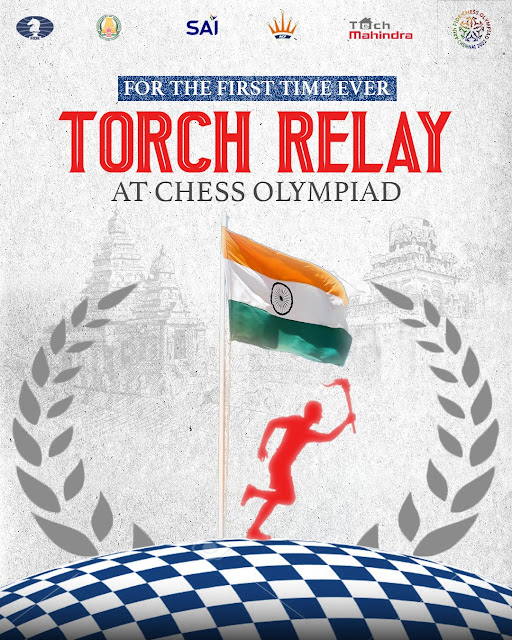 FIDE announced that in this Olympic-style tradition, the Torch Relay will always begin from India—the land chess originated from, and then it will travel across all continents before reaching the host city.

However, due to paucity of time, this year the Chess Olympiad Torch Relay will only traverse in India.

“This initiative will help in popularising the game of chess and galvanising the support of fans across the world. Starting from the next edition of the Olympiad, in line with the traditions of the Olympic Games, the torch will travel across all continents visiting FIDE member territories, ultimately culminating in the host country and city ahead of the opening of the Chess Olympiad,” said FIDE President Arkady Dvorkovich.

India will be hosting the 44th Chess Olympiad for the first-time ever in almost 100 years of the sporting history, while organising this historic and prestigious world event, this announcement truly uplifts the country’s position in chess globally.

“It is indeed a huge honour for the country. What Athens means for Olympics is how India will be to chess community. It was our dream to bring the Chess Olympiad to India and now this announcement adds not only joy but extreme pride.  We will soon announce the route and dates in consultation with the Government, FIDE and other stakeholders,”Olympiad Director Bharat Singh Chauhan said.

“We thank FIDE for awarding India with such a great responsibility. This will surely inspire the young generation of the country which is the future of Indian chess,” added Sanjay Kapoor, President, All India Chess Federation.

The upcoming edition of the Chess Olympiad is scheduled to take place in Mahabalipuram, near Chennai from July 28 to August 10. The historic event has already received a record 343 teams in open and women’s sections from 187 countries. 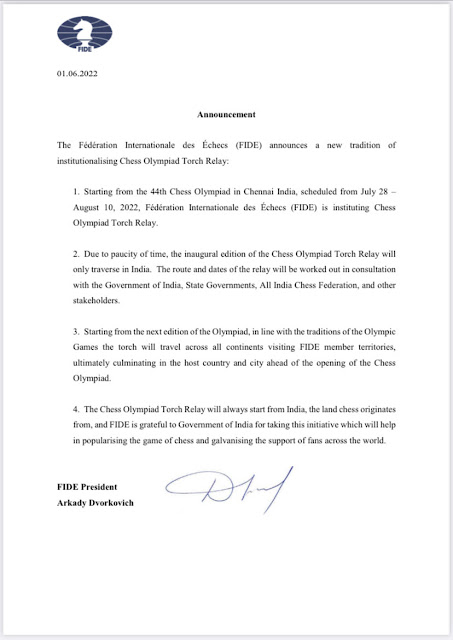